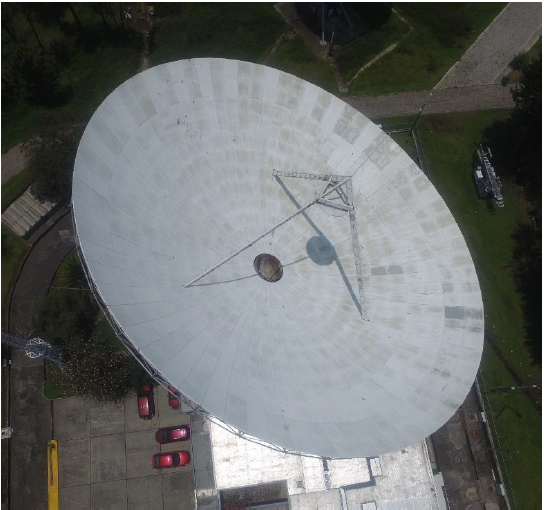 The antennas with diameters greater than 30 meters that were used in the past were of great importance for the development of telecommunications in Ecuador, thanks to the use of them, the country had its first voice and television transmissions. But with the passage of time and the arrival of new technologies such as fiber optics, the use of large antennas gradually declined until it became obsolete.

Exactly, this has taken place with the 32-meter antenna of the CNT earth station located in the Armenia sector, which is not in use and despite the time that has elapsed (48 years) since its installation, it is in good condition.

In order to give it a productive and scientific use, the Astronomical Observatory of the National Polytechnic School proposes to transform the 32-meter antenna into a radio telescope, which would be a very important team in the development of Astronomy in the Ecuador for the exploration of the Universe in radio frequencies.

Radio astronomy has advantages over optical astronomy, because observations can be made at any time of the day, without depending mainly on cloud cover or even rain, and it is not required to have a location away from light pollution. Nor that it is located high in the mountains, although it is preferable. 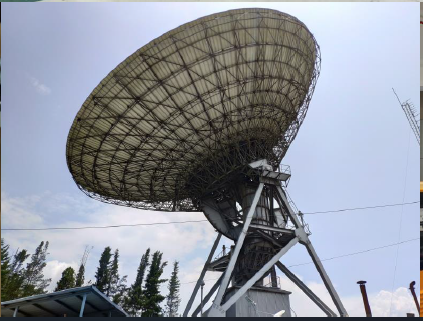 PHASE 3-CONSTRUCTION OF THE MAIN INSTRUMENT

PHASE 4-START-UP OF THE TELESCOPE RADIO